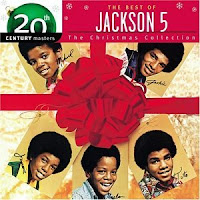 I’m trying to focus enough on my “job” here on APISS, but my numero uno role of mom is taking precedent during this precious family season. Christmas carol sing-a-longs at our church, catching the sublime Frosty the Snowman at the Adventure Theatre (only a few tickets left!) and making gingerbread houses are filling our days. But the soundtrack of the days continues to be 97.1.

Thanks to all of you who chimed in on the comments and sent emails and even made CDs!! (Thanks Kristin and Kevin!) The kids are learning many of the songs, and we’re getting a kick out of listening to our two year old sing Mary’s Boy Child with Harry Belafonte’s beautiful vibrato.

But not only have we been learning lyrics, we’ve been doing some further reflecting as we drive around checking out the best front yard inflatables:

My five year old son totally loves The Jackson Five’s Christmas Album and he has informed me that if I kiss Santa, he’ll run and tell his dad, just like the boy in the song that sings with his brothers. Proving that the song’s cute even if you’re not in on the joke, and even moreso if you have no idea that the sweet boy singing grew up to misplace his common sense and nose.

Other kid crowd pleasers are silly tunes about interesting Santa list requests like front teeth, hippopotamuses and of course a hula hoop. To a boy that wants an R/C car and a girl obsessed with Polly Pockets, this is the height of hilarity. 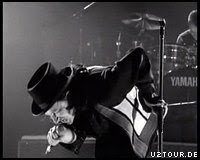 I think if Dan Folgelberg, god rest his soul, wrote Same Old Lang Syne today, the song would start out “Saw my old lover on the Facebook site….”

I can’t decide if the kid who broke George Michael’s heart in Last Christmas was being kind by waiting until the day after Christmas to dump him, simply heartless or just received a really bad present.

And much like in Feed the World, you’ve got to turn the sound way up and croon your heart out with Bono in his cover of Christmas (Baby Please Come Home). Baaayby please come hoooome! Check out his wink in the beginning of the video at 00:27 to feel 12 years old again, squee!:

Thanks for reading A Parent in Silver Spring via feed. You rock.